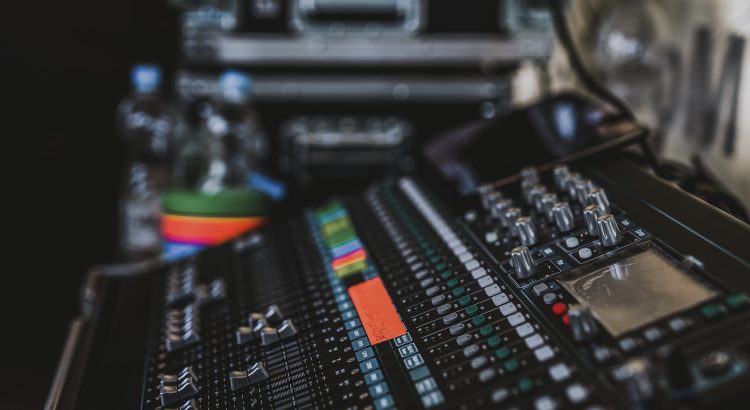 Sound Team in a Theatre setting

It takes a lot of people working together to successfully put on a large show. On a musical where the majority of the cast are mic’d and there is a band of some sort, you would expect to find at least 2 people working on the show day to day; Sometimes a third on a busy show.

Structure as a diagram

Sometimes looking at a hierarchical structure might be a good idea. Here’s a picture that shows how the members of a team might relate to one another.

The sound designer of a show is generally the one responsible for everything you hear (or don’t!) in a show. How people/objects/instruments sound is all up to them. They work closely with the director to work out what the want to achieve from a show and it is then up to the designer to translate the creative direction they have chosen into picking equipment, people and methods of working to best achieve it. A Sound designer might work closely with a Production Sound Engineer to help achieve the physical aspects of a system. Whereas they might work with an associate to assist with the creative aspects of a show.

A PSE would generally be responsible for working out how equipment will physically plug together and take an oversight into how the system as a whole works and potentially tours. They would work closely with a hire shop to check the equipment is all in the right places at the right time etc. Sometimes on a smaller theatre show, a resident technician at a venue might act as a PSE for a show they are producing by assisting the designer with the equipment in that specific theatre.

The Sound #1 is typically the person that is the Head of Department for the show. This means that once the show is up and running, they are responsible for the day to day running of the show and ensuring that the original design of the show is re-created successfully at each showing. They are the person that generally does most of the mixing and programming of the sound desk during the technical rehearsals.

If a show is quite busy and requires another pair of hands on the stage to maintain the microphones, this role would be called the Sound #3.

Once a show is open and up and running, the people filling the roles of described above may swap around. E.g. the #2 would learn how to mix the show, and the #1 would cover the #2 plot on the stage. Swapping around like this lets the team be self sufficient should someone become ill etc.

Sometimes the situation arises where you need someone to cover one of the roles on the show. Skilled ‘deps’ can come in and pick up a track on a show with relatively little experience of the show to cover a role. For example, if the #2 is learning the mix with the #1, someone else needs to come and cover the #2 track on stage.