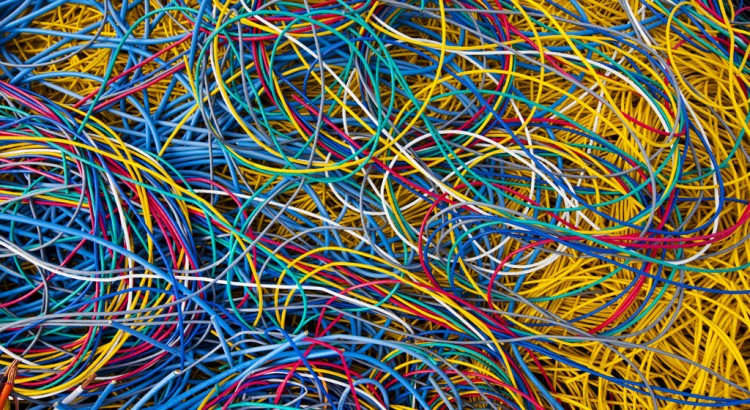 Fault finding is a brilliant skill to have. The best at it are those who take a step back and think outside the box – so as not to waste time on something that is less likely to have a fault. Oh and btw, it’s always the jack lead. (that the guitarist has bought with him)

Its very easy to panic when something doesn’t work; especially if the show is about to start – or has already. Keeping a cool head and working the problem is the best thing to do. But what does working the problem mean? Ask yourself what actually happened.

So for example, a bass guitar stops working mid show and you are on the stage. The FOH guy has jumped on cans and shouted something about the bass guitar. What do you do?

You’re using digital stage boxes and everything else is still working from it so the main link must be ok. You have to asume the FOH opp didn’t unpatch the channel on the desk – If he did, he shouldn’t be at the desk -so there must be a problem between the stagebox and the guitar. It could be that the guitar is faulty. You know that there’s a DI box being used and it’s supposed to be getting phantom power from the stagebox (the phantom light is on the stagebox) – but the light isn’t on the DI box. So maybe a faulty XLR or faulty DI? That’s easy enough to swap out.

Turned out in this situation, the vibration from the dibox being on the drum riser for a month had somehow managed to dislodge the xlr soldered to the board inside the DI box – so much as to make it an intermittent connection. We didn’t use that box again!

Wasp in the cab

Another example is when setting up for a show, you find a speaker is buzzing. It’s getting signal when you play something through it but none of the other speakers are buzzing. Assuming you have followed the star method of power distribution and as this buzzing is an electrically mains hum, it is most likely to be a dieing amp channel. Changing the cable is a waste of time. If you have another speaker to hand, it might be worth swapping to that one to check there isn’t something strange happening with the crossover, but if time is precious, simply putting it on a new amp channel would more than likely solve the problem.

With most situations, its knowing the signal path in your head and where things are powered from, where they get their signal from that is going to help you fault find quickly and successfully. Its far too easy to mess up a simple patch, especially if you have a large patch bay in a venue with multiple positions all numbered similarly. Make a plan, write it down, and stick to it. Even if its on an envelope. Sometimes the best designs are drawn on a scrap of paper.